This afternoon I plan on wandering over to the Buffalo Convention Center to attend the Farewell to The Aud event. It's not like one can say goodbye there though. One needs to go down to the actual site for that.

One more glimpse of the place where I saw my first real concert - Jethro Tull - and many more after that...Both many more Jethro Tull concerts, and many more other bands too. Tickets for the orange seats, bought at Norton Hall/the Student Union at UB, were typically purchased due to cost concerns, with full plans to actually park our butts elsewhere.

One of the last times I was in the Aud for a concert was for Bob Seger and his "Like a Rock" tour. I was with someone not familiar with this routine and when I was attempting to wander through lower seats she said in a loud voice "I thought we had orange seats!" after which the usher looked at us and shook his head. I pointed out to her exactly where these seats were, way way up at the top. As we walked away I explained the plan, which she said I should have done previously. I thought she knew! We later watched from a side view in the blues.

Wrestling matches too. I remember my father watching Haystack Calhoun and Gorgeous George on the black and white television. In later years I would go to the Aud to cheer on Hulk Hogan, Jake the Snake, Ricky Steamboat, and various other wrestlers, all while taking pictures, like the one here (I didn't give them ALL away after I had moved on). Some of these I would later sell to wrestling magazines and to fans.

The first match I went to, tagging along with friends on a nothing to do night, featured Jesse "The Body" Ventura (later to be Governor of Minnesota) wearing his boa and Adrian Adonis (real name Keith Franke, of Kenmore). I was smitten with the whole thing, for a while anyway. I lost interest eventually when it became too much like work, and it was more intriguing to take a closeup of a praying mantis in front of us (at an outdoor match at the Hamburg Fairgrounds) than Sergeant Slaughter.

I actually didn't see too many Buffalo Sabres games at the Aud. My first hockey games there were for the Buffalo Bisons, while sitting in the gray seats. They weren't comfortable then, but much better than those orange seats that we viewed the Buffalo Braves from...and one of my kids thinks the upper level of the Arena is scary...Fear of falling was a given. I don't see how anyone could even want to drink too much beer up there.

My kids got to see the Shrine Circus in the Aud (from the safety of lower seats), so they have a bit of themselves in the building too.

Now the seats are for sale - the blue ones anyway. The oranges were bolted to the floor and it wasn't practical to undo them for sale. A tool probably rolled down the aisle and went crashing to the floor in a slow motion foreshadowing of doom for any who tried to pry them loose :) Down with the ship...er, Aud... for them!

Anyway, there promises to be various vendors of memorabilia set up, and I definitely plan on coming away with something, even if it's just a hockey puck. You can have your picture taken in front of a fake front, but I'd rather go down to the foot of Main for the real thing.

For those who couldn't make it to Buffalo this weekend, there will also be an online auction of some of the Buffalo Memorial Auditorium seats that have been set aside for just this purpose. Get ready to shell out some bucks, as people bid as high as $1000 for 4 attached seats. Not me. I'll take a picture instead.

12/10/08 Update: Possible auction of the orange seats
Posted by Becky at 8:58 AM No comments:
Labels: Buffalo Memorial Auditorium (The Aud)

Jerome Werblow was an English and public speaking teacher at Clarence Junior High School back in the day (not sure when he retired). I remember him taking the whole class to see "To Sir, With Love" when it first came out. I think he kinda wanted someone to try to sing it to him - didn't happen. A bit late, but I'd like to finally say on behalf of all the students whose lives he touched that the song "To Sir, With Love" is dedicated to Mr. Werblow.

WERBLOW - Jerome V. November 10, 2008; beloved husband of Gloria (Resman) Werblow; devoted father of Ellen Werblow of NC, Leslie (Todd) Platts of PA and Barbara (Gary) Catalfu of NC; loving grandfather of T.J. and Tom Platts, Ryan and Kevin Catalfu; brother of Jack (Suzanne) Weblow. Proudly served his country in the Air Force during the Korean conflict and will be fondly remembered by his many students from Clarence Jr. High School, he was an avid sports fan. Graveside services will be held Thursday 2 PM at Elmlawn Cemetery, meet at the Brighton Rd. entrance. In lieu flowers memorials may be made to the Autism Society of NC, 505 Oberlin Dr., Suite 230, Raleigh, NC 27605. The family will receive friends at his former residence, Thursday evening through Sunday. Arrangements by the MESNEKOFF FUNERAL HOME, (639-8890)

View/Sign Guest Book
Posted by Becky at 5:45 AM No comments:
Labels: Clarence School Teachers, In Memoriam

MONTORO - James C. Age 47, of Middletown Springs, VT, formerly of Clarence, NY, passed away on October 24, 2008 after a courageous battle with cancer. He was buried in Vermont. Beloved husband of Wendy Leffel; cherished son of John and Rose Montoro; dearest brother of John (Melinda) Montoro and Linda (Dr. Samuel) Ruggiero; loving uncle of Carami and Christian Montoro, and Matthew and Julia Ruggiero; also survived by several aunts, uncles and cousins. James was a graduate of Clarence High School and Purdue University with a degree in Biomedical Engineering, and did graduate work at the University of Buffalo. He was employed by Honeywell. A memorial mass will be celebrated in his honor on January 3, 2009 at 9:00 AM at St. Gabriels Roman Catholic Church, Elma. Flowers gratefully declined, donations may be made to the Multiple Myeloma Research Foundation. 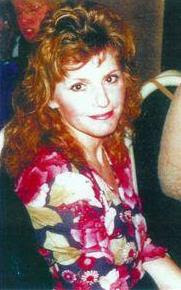 Clarence alumna ('80) Francine Marino Storm passed away October 30, 2008 after a long struggle with reoccurring Non-Hodgkin's Lymphoma. She had been at Millard fillmore Suburban Hospital for the last few weeks, struggling to get strong enough to return home one more time, but it was not to be. Rest in peace, Francine.

STORM - Francine M. (Marino) October 30, 2008, beloved wife of Michael Storm; mother of Joseph Storm; daughter of Joseph and Angeline (Massaro) Marino; daughter-in-law of John and Gertrude Storm; sister of Joel Scime; survived by many nieces and nephews. Family present to receive friends Monday from 4-8 PM at the PERNA-PELLEGRINO FUNERAL HOME, 1671 Maple Rd. Family and friends are asked to assemble for a Mass of Christian Burial to be celebrated Tuesday at 10 AM from Nativity of the Blessed Virgin Mary (Clarence). Interment Mt. Calvary Cemetery. Flowers gratefully declined. Arrangements by Connie Perna-Pellegrino.