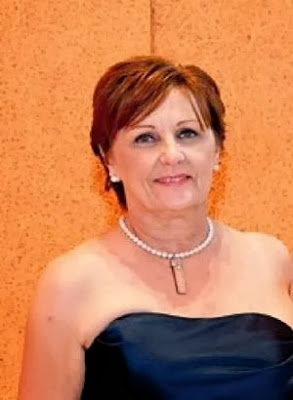 From her sister's fb page:

"Karen died,Saturday, September 21.2013, 9:05 est. Her husband Michael was with her. Karen as I have always known her did not suffer in the end. She fought a extremely hard to beat this evil disease, CJD. A form of Mad Cow Disease. Harper unfortunately hit the lottery, one in a million. There have been only 200 cases in the US reported. Michael assured me she was beautiful in death, just as she was when she was here with us."

Also, from the Poughkeepsie Journal:


Friends and family of resident Harper Ann Sedgwick will remember her as an enthusiatic, invigorated publisher, teacher, writer and lecturer.
Sedgwick died at age 62 on Sept. 21 after being diagnosed with Creutzfeldt-Jakob Disease, a brain disorder, according to a press release.
After founding Flamingo Publications in 2011, Sedgwick published “Edna,” inspired by the work of Edna St. Vincent Millay, and “Henry.” In these journals, she gathered the writing of known authors and gave unknown authors the chance to be published.
Scott Meyer, owner of Merritt Books in Millbrook, said Sedgwick ran writing workshops in his store and had great ideas for the community.
“I’m glad to have known Harper,” Meyer said. “She helped a lot of people, a lot of children and a lot of writers.”
Her life will be celebrated at 2:45 p.m. on Saturday at Grace Episcopal Church in the village.
She was born Karen Filarecki on July 26, 1951, in Lockport, Niagara County, and graduated from Clarence Senior High School in Clarence, Erie County, in 1969. She then earned bachelor’s and master’s degrees in English from the State University of New York at New Paltz.
Sedgwick moved to Millbrook in 2009 after she met and married Michael Sedgwick, owner of Fountain Press, a printing business.
She took on the day-to-day tasks of running the business, which is located in Amenia.
Sedgwick was a major contributor on the committee to organize the 2010 and 2011 Millbrook Literary Festival as well as a member of the Board of the Millbrook Business Association.
“It is hard not to think of Harper and smile,” Washington Town Clerk Mary Alex said. “Her honesty, zest for life and pizzazz were so appealing.”
Sedgwick is best remembered in her own words, “I am always mother, teacher and writer,” according to Katharine Jameson, a longtime friend.
In lieu of flowers, her family asks that donations be made to the National Prion Disease Pathology Surveillance center atwww.cjdsurveillance.com/donation.html.
Posted by Becky at 10:49 PM 3 comments:
Labels: Clarence High School Alumni, In Memoriam

Clarence alumnus ('73) Christopher May passed away suddenly on August 22, 2013.  From the Avon Patch: 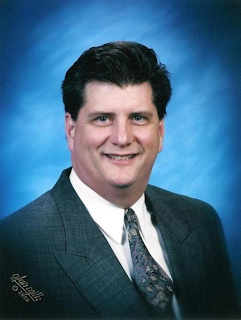 Christopher A. May, DMD, 57, of Avon, beloved husband to Susan (Pollock) May, DMD, passed away suddenly, Thursday, August 22, 2013.
Born in Clarkson, New York, son of Robert and Nancy (Edmonds) May of Clarence, NY, he graduated from Clarence High School where he was a champion freestyle swimmer. Chris earned a Division I swimming scholarship to Bucknell University and later transferred to Houghton College where he graduated with a Bachelor of Science degree in Biology.

Chris received his Masters in Science Education from the University of Buffalo and taught high school biology in both New Milford and Canton, CT. While in Canton, he coached the Girls Cross Country team and was the Senior Class advisor.
Chris entered the UConn School of Dental Medicine where he earned his DMD in 1987 and completed a general practice residency at St Francis Hospital in Hartford. He has been in private practice with his wife Susan in Newington since 1988.
Chris and Susan moved to Avon in 1993 where they raised their family. Chris coached basketball and was a Cub Scout leader for his sons. Chris and Susan were very active in the Memorial United Methodist Church in Avon serving as Sunday School teachers and as co-chairs of the Missions Committee. Chris also served as a trustee.
Chris was a member of the Avon Republican Town Committee and was elected to his first term on the Town Council in 2011 where he was currently serving.
He and his wife most recently attended Valley Community Baptist Church in Avon.
Chris leaves his wife of 33 years, Susan, who he cherished as his best friend and dental partner. Chris leaves three sons, Gregory C. May of Austin, TX, Andrew A. May and his wife Victoria Le May of West Palm Beach, FL and Eric M. May a senior at Palm Beach Atlantic University. Chris is also survived by his parents, Robert and Nancy May of Clarence, NY; a brother, Michael May of Mount Vernon, OH; two sisters, Pamela May Von der heide and her husband Steve of Lake Jackson, TX and Becky May of Amherst, NY; Susan's mother, Emma Pollock of Mannsville, NY; and many nieces and nephews.

Chris gave the gift of Life through tissue donation. Burial will be in Mt. Pleasant Cemetery, Houghton, NY.
Contributions may be made to The Master's School, 36 Westledge Road, West Simsbury, CT 06092. For directions or condolences please visit www.carmonfuneralhome.com.
Posted by Becky at 9:30 AM 1 comment:
Labels: Clarence High School Alumni, In Memoriam
Newer Posts Older Posts Home
Subscribe to: Posts (Atom)