On Broadway and Michigan

A month ago I attended the annual meeting of the Campaign for Greater Buffalo Group.  This year it was held at the historic Michigan Street Baptist Church, courtesy of its leaders. 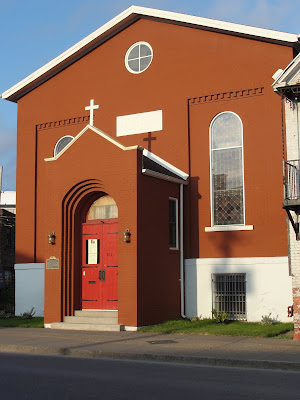 We were allowed to tour the church, which still has an active congregation.  In the undercroft area one can view the hollowed out crawl space that once hid those trying to flee to Canada to escape slavery via the Underground Railroad. Just recently I read a local history buff somewhat scoffing that in the land of free free free NY, slaves would have to hide...while I'm no expert, even I know about the Fugitive Slave Act, signed into being by local statue and President Millard Fillmore. It had the effect of calling into question much of what she had written...Canada was Free.

It's kind of hard to visualize from my pictures, but one goes down a few stairs to an area that is a meeting area, office, and a museum/historical area. Down a hallway are the restrooms and a stairway leading up to the sacristy.  It is in the mens room that a panel with an upper section removed has been set up where most likely a false wall had once obscured a deepened crawl space under the stairs.  I think it may extend over to the right also. Perhaps if I had stood on the "facility" I could have gotten a better picture, but that seemed a bit disrespectful, so this will have to do. 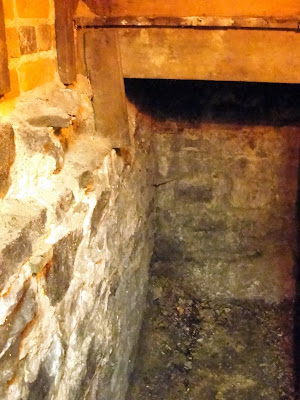 Our C4GB leader was enthused about a plan he was to reveal a plan for uncovering, restoring, and initiating new purpose for the Nash Street Armory, also known as the Broadway Barns, home of Buffalo's snowplows. It's behind the church. No pictures...I missed that mini-field trip, but The Buffalo News had some pictures.A student has also written a proposal for the area.  I'm just wondering if anyone seriously asked the residents and keepers of the historic neighborhood what they would like...

Nash Street is also the site of the Nash House, former home of the pastor of the Michigan Street Baptist Church.  I'm not looking any info up, so forgive me for not presenting a more illuminating background 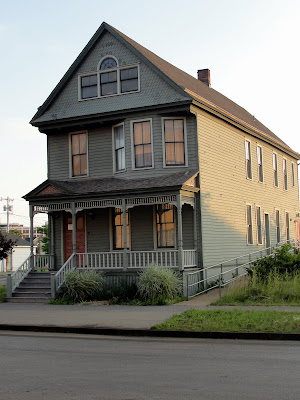 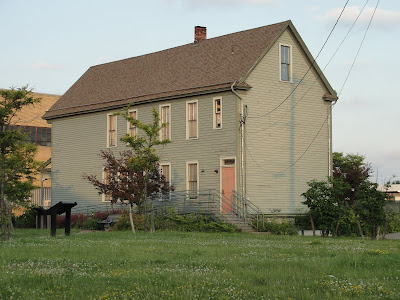 Its side yard, along a heritage marker walkway, also seems to be a scenic place to stay for one who lives in the outdoors. It was kept neat, and it seems to me a bible was on the bench also. 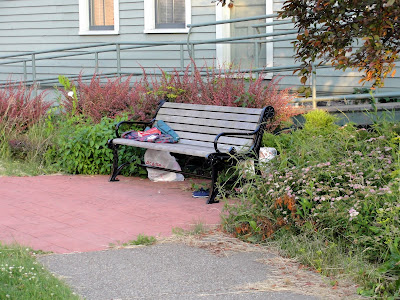 There's an old building next to the church that at one time at least was a rooming house...a faded sign is visible on one side.  It's owned by the City...to bad it hasn't been rehabbed yet. 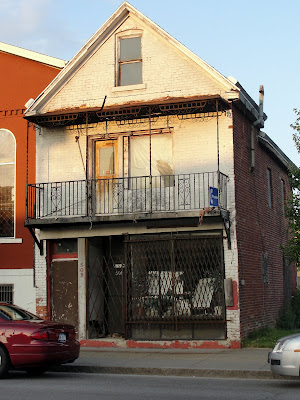 Right across the street from the church, on Broadway, is the Colored Musicians Club.  With the window open, soft notes of music came tumbling out and taking one back in time. at least in the imagination...musicians are all very well present and accounted for in 2011 also :) 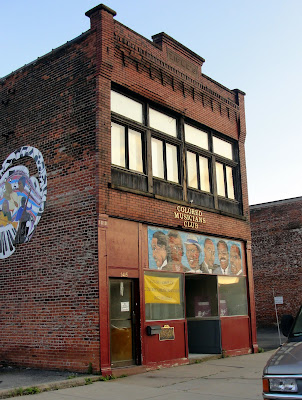 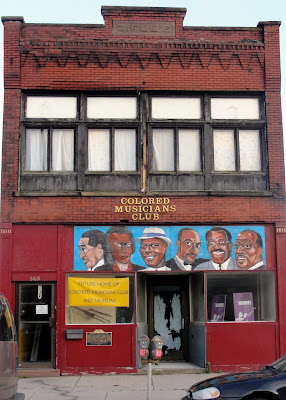 A jazz museum is in the works for the bottom floor...I can't help but think that a jazz/blues museum on a smaller order of the Rock N Roll Hall of Fame might be a good use for the Armory site, with a restaurant going into a building being rehabbed on the other corner of Broadway and Michigan. 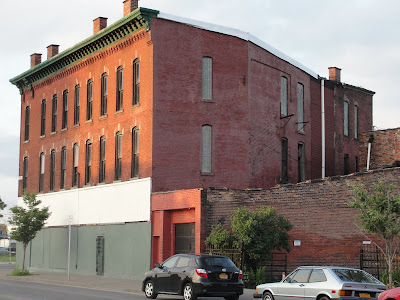 Maybe it would overwhelm though...Seems to me that someone tried to do something extra in the area regarding the Heritage Trail, but it didn't work out...Combo with the jazz museum?...just thinking... 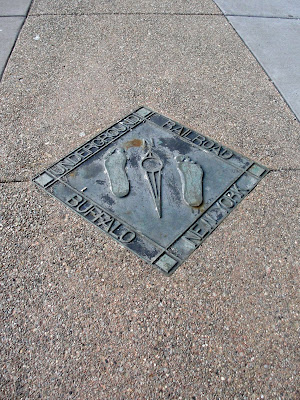 It's a wonderful area, just steeped in history...a lot of vacant lots where people once gathered...even the buildings and people that are no longer there have left their essence...just listen to the music...