Clarence alumna Kathy Miller Peacock ('73) grew up in Clarence Center. She passed away after a long illness October 18, 2010.  May she rest in peace. 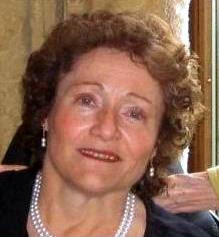 Last Sunday Forest Lawn held their last bunch of historical tours, and I opted to check it out for the first time even though I've been there many times before.  Thought a different perspective would be nice along with the exercise involved in walking for 2 hours.

Different historical figures pop up at a few grave sites and give a small speech.  Among them "Irving Berlin's wife" sang, and "George Pierce" was excellent! Nice touch.

Early on I noticed that a few facts that the guide offered didn't line up with what I thought I knew, but I kept it to myself.  For one, the Franklin Square Cemetery was where old County Hall is, not the Rath Building, but they may have been scattered all over for all I really know.  However, this coincided with the guide indulging in a small rant regarding the latter building, which made me chuckle at first, but soon hit me as inappropriate on a tour.  Whatever.  I ceased listening as closely though.

Later on after another spotlighted sight she tossed off something to the effect of "Rick James is over there if you care; I don't even know why he's buried here unless it's because his mother is" and proceeded to go into rant regarding him, and still managed to mangle facts along with it.  Totally inappropriate. 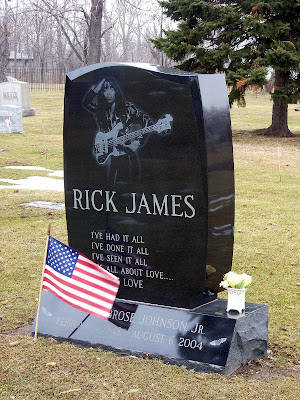 I'm not trying to say he was a choirboy, wrongly convicted of various crimes and other failings.  Not at all.  The point, however, is that the man has family, friends, and fans of his music that visit his grave (in fact multiple fans were on the tour). Also, his family paid for a spot and as such are "customers" who do not deserve to be treated shoddily, especially by the cemetery itself via a volunteer guide.

At the end of the tour I pulled her aside to tell her that I found her remarks offensive and inappropriate, but got no further than one short sentence when she uttered a curt thank you, turned her back on me, and walked away.  How rude! I wasn't done yet!

All that needs to be said is that Rick James achieved international fame as a musician.  He was born and raised in Buffalo, which heavily influenced his songwriting, especially in the early days. The end. Personal opinions need not apply.

Other than that, it was a nice day for a walk.
Posted by Becky at 7:14 AM 2 comments:
Labels: Forest Lawn, Music 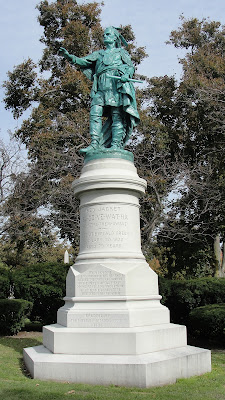 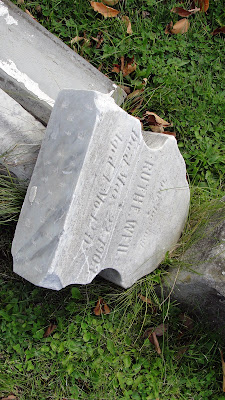 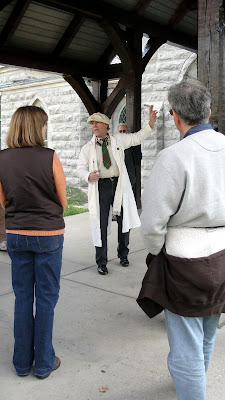 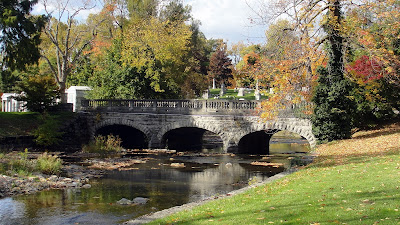 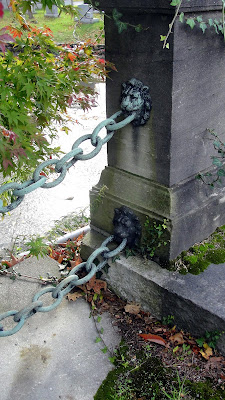 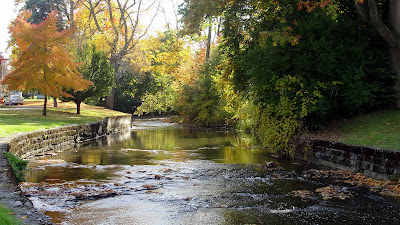 Posted by Becky at 6:50 AM No comments:
Labels: City of Buffalo, Forest Lawn

I could gush on and on about how great the Roger Waters / The Wall concert is, but instead I'll post a few pictures. However, it really needs to be experienced in person to fully appreciate it...So glad I went!

While the visuals mean all things, different things, depending on your knowledge and outlook, I read online that some people were offended by his politics...Maybe they should have just stayed home then, listened to the CD, and continued to pretend that it doesn't mean anything at all...but they would be wrong...

The pictures would have been better with my larger camera, but figuring there might be a problem with recording devices, I went through the trouble of smuggling my camera in only to hear Waters acknowledge that many had the devices and to just please not use a flash...doesn't mean the guys at the gate would have let them in though.

The best concert t-shirt, seen on the little kids dancing on one part, wasn't even on sale: "Fear Builds Walls"...think about it. 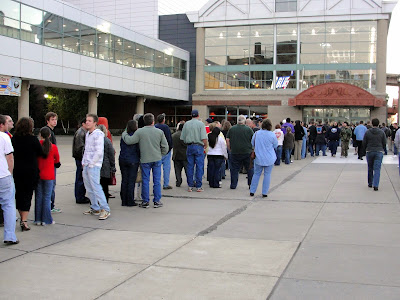 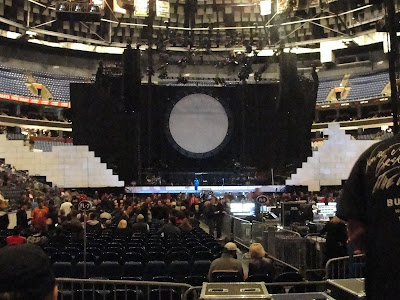 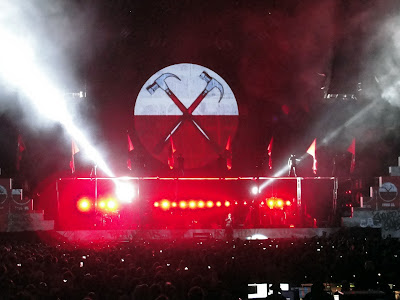 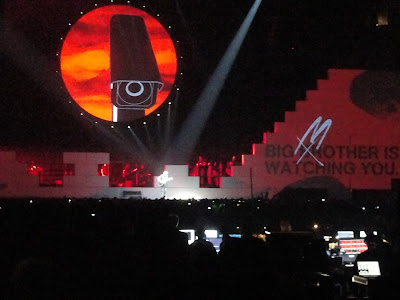 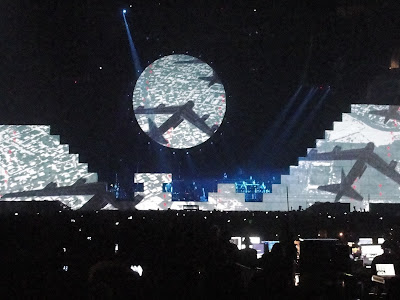 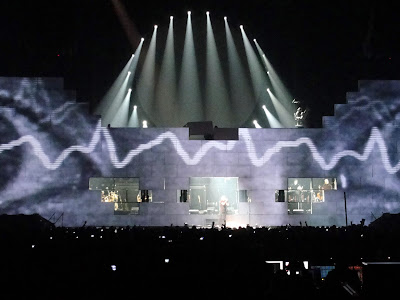 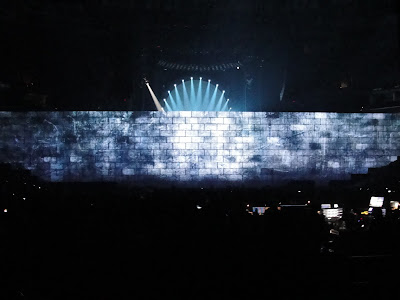 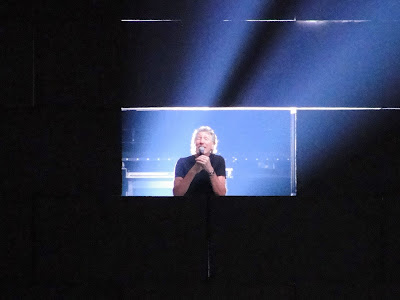 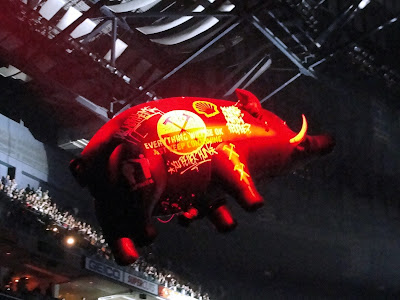 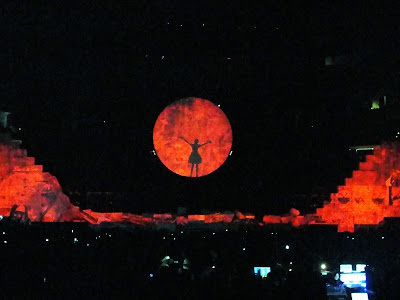 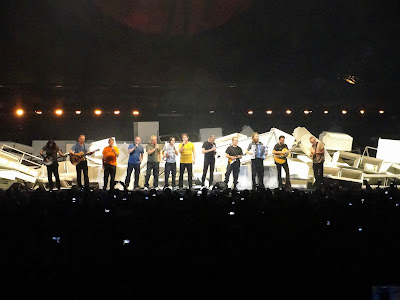