The last few days I've been hanging around just over the Buffalo border in Lackawanna, site of one of the last remaining vestiges of the days when steel was king and tens of thousands of people were employed in the mills. The work was hard, dirty, and very dangerous, but yet provided a steady paycheck, and a better life. 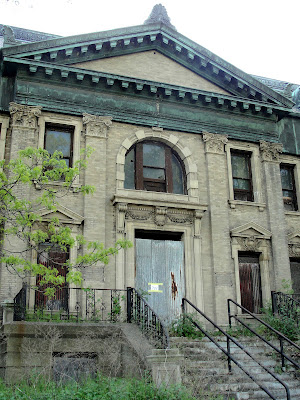 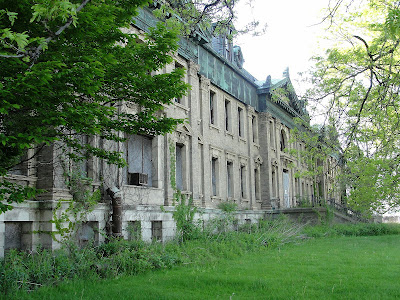 When the mills started shutting down, those who apparently could not land a job in any of the factories took up the company stance that the wages were too high. But people were getting sick and dying, and instead of shrugging it off as part of the job, they were starting to wonder why the plant didn't do more to protect the workers.  Environmental standards were making an appearance, and it was cheaper to import foreign steel, where standards in air quality, worker safety, and wages were/are non-existent.

As long as the administration building stands, it's not too late. Call the Mayor of Lackawanna and express a preference for repair and preservation instead of demolition with no plans for the vacant lot.  Lackawanna has a lot of those.  Of course, not everyone feels that way. Some see it as a symbol of promises not kept, capitalist greed linked with disregard for the common worker, jobs gone that will not return. Tear it down...like they'll ever forget.

These last few days it's been like a vigil, with people coming and going in shifts. Some are preservationists, both those who have been adamant about saving and preserving history and heritage for a while now, .and those younger, awakening to what is around them and what it means. 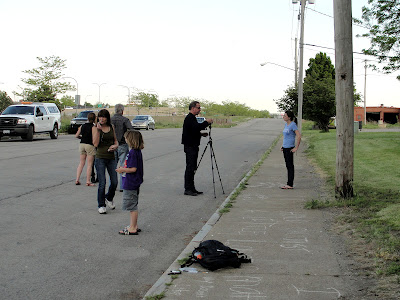 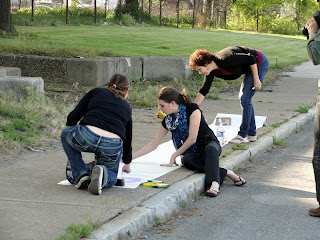 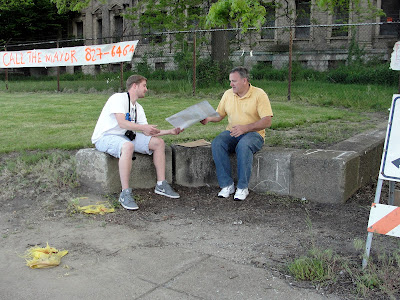 Then there are those who spent part or maybe a good portion of their lives in the mills. Some reminisce, some just come and look, perhaps taking a mental roll call of their co-workers...how they were then...how things are now...


There are places I'll remember
All my life, though some have changed
Some forever, not for better
Some have gone, and some remain

All these places have their moments
With (people) and friends I still can recall
Some are dead and some are living
In my life, I've loved them all...

It's not living in the past...it's respecting the past, our heritage, our history, and looking to integrate it as we move forward. 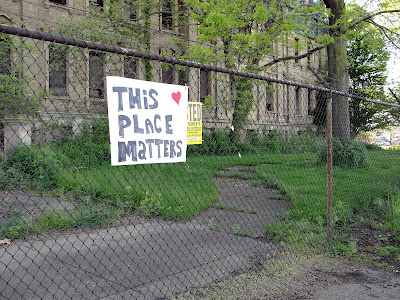