The Niagara County historian had posted a link to an article in the Buffalo News regarding the underground caves in Lockport. That was the necessary boot to the posterior to scan the copies of a file on Devil's Cave in Harris Hill that that had been donated to the Clarence Historical Museum shortly after I had originally written about the cave here on the blog.  Scanner issues were the original problem, then flat-out procrastination...

Even with a new scanner it can be hard to read some of the newspaper articles on this site (click on them to enlarge), so I loaded them on to Flickr also, which has a better "make bigger" feature.

The opening to Devil's Cave was located around the middle circle behind Nativity, and runs from approximately the old stagecoach stop (left) to a sinkhole behind Samuel's Grande Manor (I redrew google map as the one provided didn't scan well). It had been written about in scattered pieces throughout the years, and the articles, along with a personal observation/commentary, are presented here.  Very intriguing! 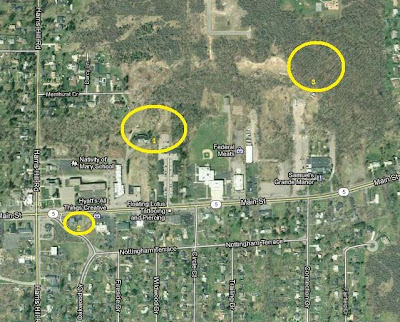 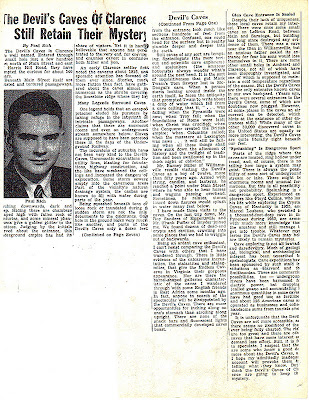 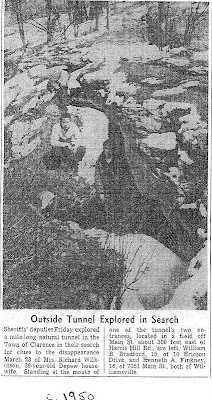 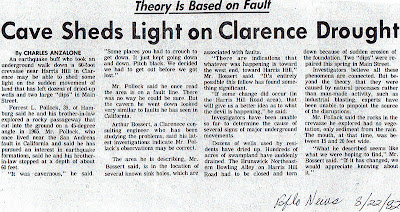 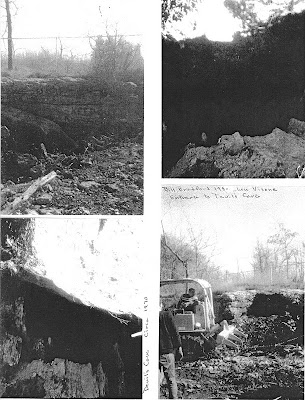 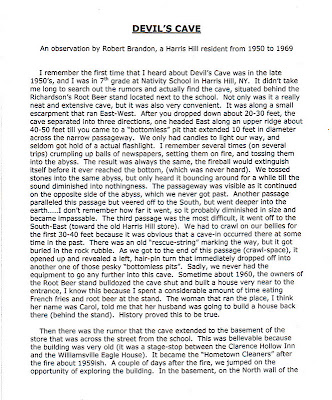 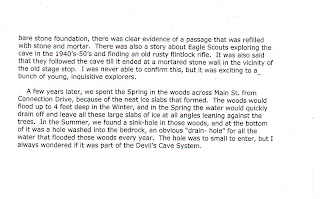 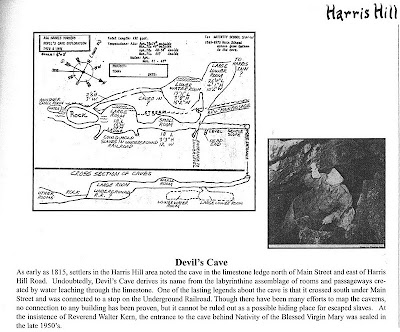 Thanks for sharing!!!
Posted by Becky at 10:01 AM 3 comments:
Labels: Clarence History Museum, History, Town of Clarence

Back a while I had posted about my grandfather's cousin, William Robert.  I also mentioned that there were more slides than I had posted, and that they had gone to a good home. They are now online at Steve Cichon's Staff Announcer!  He did a massive amount of scanning on tweaking, and I'm so glad that he gave them "life" again! Thanks Steve :)

I was so busy posting and reading the comments on Facebook that I almost forgot to post the link here...Here's a sample of Michigan and Genesee...Now go see the rest!