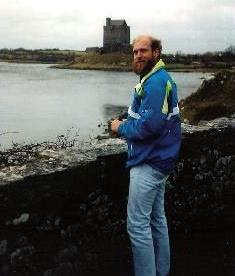 He was born July 8, 1961, in Buffalo, a son of Richard and Lorraine McDonald Dunker, and graduated from Clarence High School and the Pittsburgh Institute of Aeronautics. Richard was united in marriage to the former Kimberly Calhoun, on October 20, 1990 in Clarence, NY. He was a licensed aircraft mechanic, worked several years for US Airways in Pittsburgh, and later as a project leader at Empire Aero in Rome. He proudly served in the U.S. Navy, and attended the Rome Alliance Church. 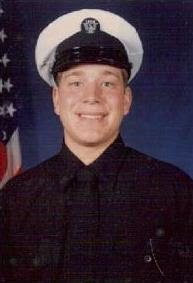 Richard was a devoted father, husband, and son. He enjoyed hunting, fishing, and riding his Harley-Davidson. 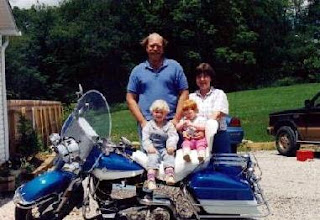 Richard is survived by his loving wife, Kimberly and children, Sean and Hannah Dunker; his mother, Loraine Dunker; and brother, Kurt S. Dunker.

A memorial service was held on Tuesday at 4:00 PM at the Rome Alliance Church. There were no calling hours. Funeral arrangements are entrusted to Barry Funeral Home, 807 W. Chestnut Street.

A memorial service will also be held at 11am Saturday, February 20, 2010 at Nativity of the BVM Church at Main and Harris Hill.

The family wishes to thank the Doctors and Staff of St. Elizabeth Medical Center, for their care, compassion and friendship extended to Richard during his illness.

Memorial donations may be made to a scholarship fund for Richard’s children @ Americu Credit Union, Rome, New York.


(from the memory page on the site of Barry Funeral Home and the Clarence Bee)
Posted by Becky at 10:59 PM No comments:
Labels: Clarence High School Alumni, In Memoriam 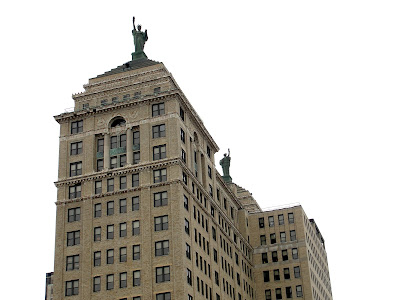 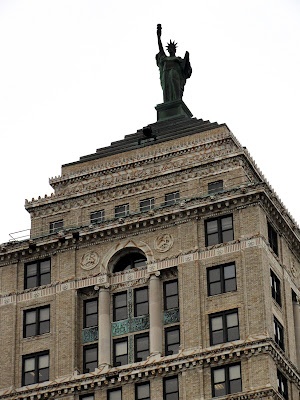 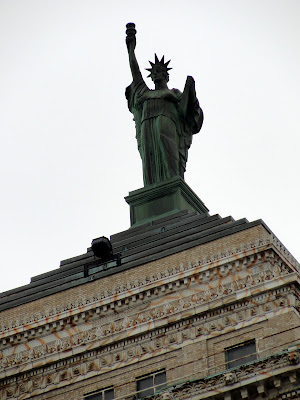 Posted by Becky at 8:13 PM No comments:
Labels: Architecture, City of Buffalo

I was looking to see if I could find some Parker High/Elementary School related photographs for an alumni of '75 (which I think makes him a Clarence alumnus of '81 ot thereabouts). Reason being is that there's a new Facebook page for Parkerites (?) and a photo of the school was lacking.

Now I know my mom's yearbooks probably have some from the 40's, but I was into a right now kind of thing.

So I scanned a picture from Oneta Baker's History of the Town of Clarence. 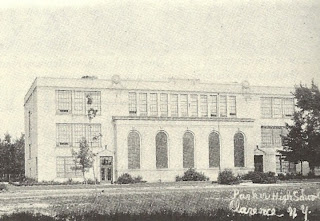 For good measure I also sent along a photo I took of Jared Parker's monument in Forest Lawn, where he is seen favoring the Napoleanic look. I wrote about him previously here. 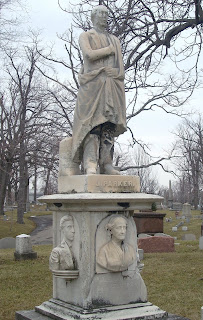 Then I went back to the book to see if there were any more pictures. Reading a bit more on Parker who had donated much money for a large school, later known as Parker, of course.

I noticed buried within a paragraph that at one time he lived on Lapp Road, at what later became known as the Hartwig farm. My great-grandparents! They were the ones without electricity, and the grandchildren looked forward to spending the night and playing checkers by candlelight.

Recently I had attempted to take a picture, but the house is back at the end of a long driveway, the way a lot of farmers set up their land, and I didn't want to go up all the way up. Didn't want to get out of the car in case dogs were roaming around either. At least they moved the school bus. Anyway, the picture is what it is. 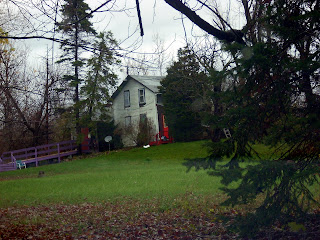 The Hall family lives there now, but the farm acreage is now undeveloped County land and is known as Beeman Creek Park.

The things I learn by reading, and would have learned sooner if I didn't hop through a lot of non-fiction books. Now you can say you learned something today too :)
Posted by Becky at 6:32 PM No comments:
Labels: Clarence Schools, Forest Lawn, Genealogy, History, Town of Clarence 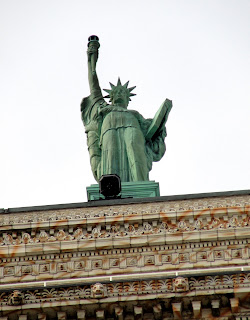 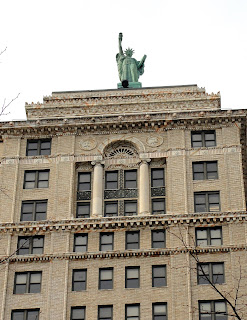 Posted by Becky at 6:25 AM 1 comment:
Labels: Architecture, City of Buffalo, Historic Preservation

Playing with the Camera at a Local Landmark

Yesterday I took my new camera to a local landmark to test its interior capacities, something my older one fell down on. I also pushed it a step further by trying the ISO mode that allows me to take pictures without the flash. Maybe its no big deal for those of you used to this luxury, but its a whole new ball game for me.

Without any attempt at centering or keeping myself or the front desk from being reflected I took a picture of a display case sans flash and it worked! 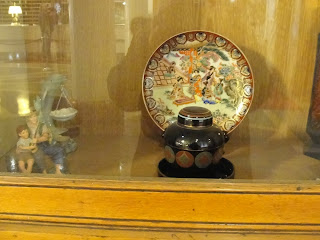 Then I did the flash/no flash thing in a portion of the lobby. Hmm..flash doesn't look so good. 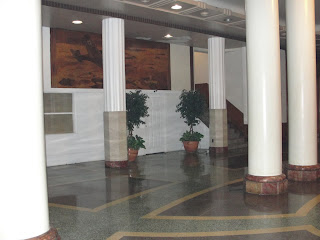 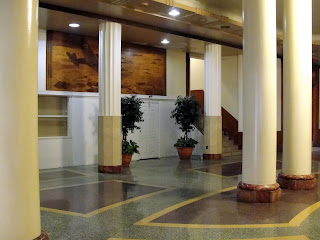 This is a closer view of the wood mural in the background. I couldn't seem to get away from the overhead lights reflecting on it. 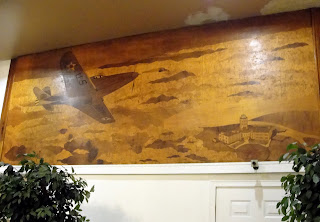 Then I went around clicking pix every whichaway and totally disregarded keeping my elbows in close to body to stabilize the camera, so certain was I of omnipotence. Besides, how could I take an overhead shot in the proper photo taking stance? Well, maybe if I laid on the floor...so not happening. 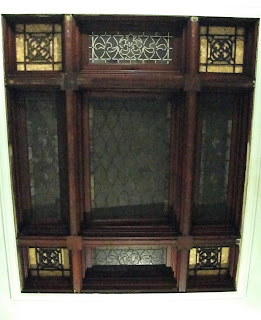 Anyway, that was a bit of a mistake. On the LCD display everything looked wonderful, but on the computer things got a bit less refined here and there. It really wouldn't have hurt to get a bit closer to certain accessible areas either rather than using the zoom. And somehow I even ended up with an image that appears to be a black & white photo (???). 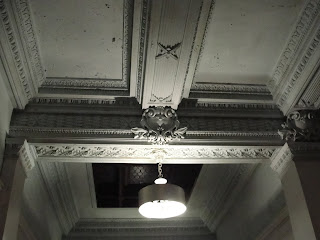 So even though I have more pictures of the landmark, I'm going to go back and try to improve on them, and maybe focus a bit better - my brain, that is. The camera will follow. 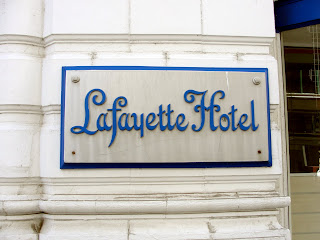