Curiously, I had these pictures all ready to go this morning but didn't make time to put them on the blog.  Then a story about this very building appeared online on the site of the Buffalo News.  Prescient?  Nah, I'll go with coincidence :)  Notice too how considerate of other, more historic, buildings they were when the Convention Center was built. 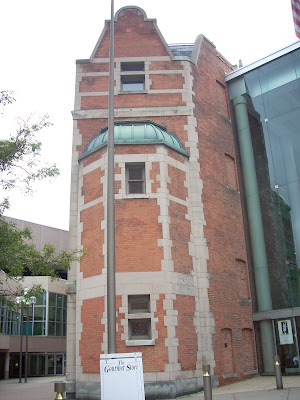 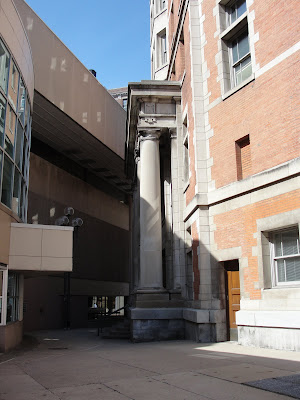 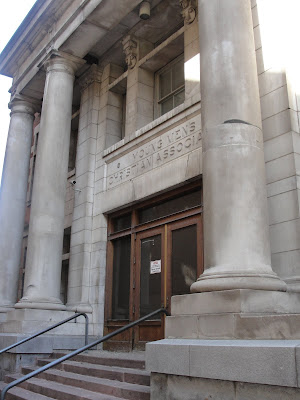 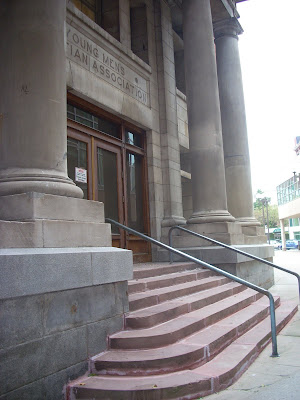 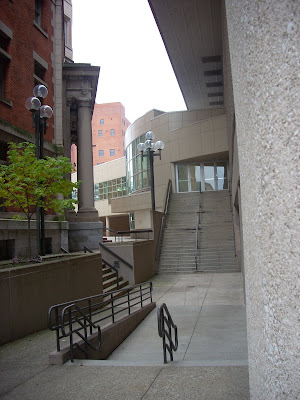 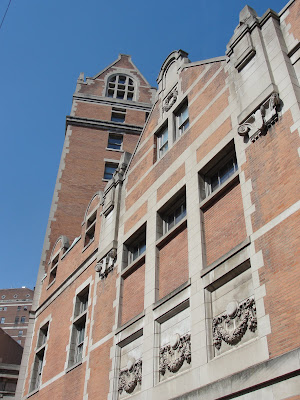 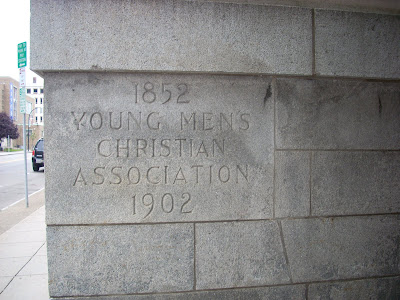 There's been a lot in the paper lately about St. Mary's on the Hill, located at 783 Niagara Street.  There's also a former school located around the corner on Vermont Street that doesn't appear to be in that bad of shape, all things considered. 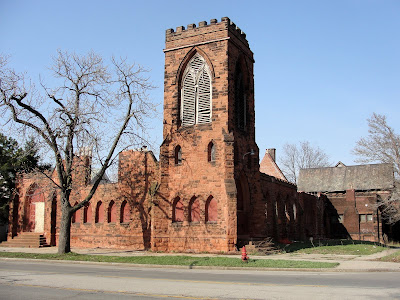 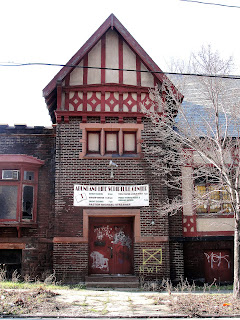 To some it looks like a pile of rubble. 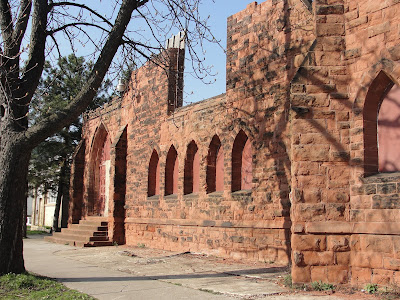 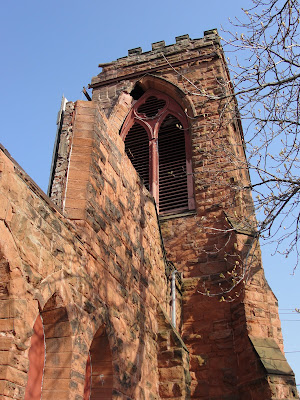 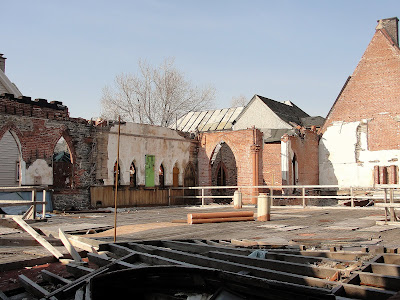 Others with talent and vision see it and make tentative plans. 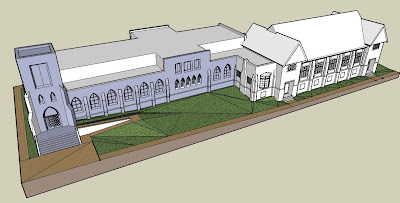 Unfortunately it seems others have made opposing plans. Where to point fingers first?  The Peace Bridge Authority who has put the word out that it covets everything in its vicinity?  Maybe the woman who bought it in a foreclosure sale for a "daycare center", but may have been hoping for a buyout from the aforementioned PBA.  She's got an offer from Savarino, but is balking - why? Maybe she's using the offer as a carrot in order to defraud a potential investor who will shell out more.

How about the City of Buffalo? The roof apparently was in danger of caving in so the City removed it, and in the process caused more damage. 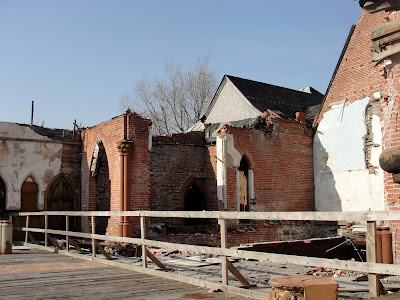 Now the City claims that the building is an imminent danger to all and must be demolished now, after all its been in housing court for 2 whole years.  Now, that might sound like a lot to those who have never badgered the City regarding absentee/slumlords aka "investors", but its really just a drop in the bucket amid years worth of adjournments.  Then there's the little glitch whereas if the property changes hands, even among various entities of the same main people, the process starts all over.

There are lots of buildings in Buffalo that have this history of procrastination, so what's the hurry now?  Afraid Savarino might fix the corner up and make it harder for the Peace Bridge Authority's proposed wholesale demolition of a historic neighborhood to take place? 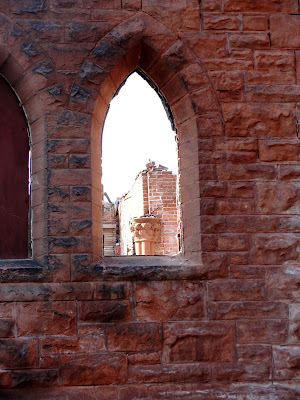