The Lyth Cottage has been fairly accurately described as the Little House on the (Urban) Prairie. John Lyth started the first construction tile company and settled in the area of Jefferson/Northland because at the time it was considered country. To look at it now, it seems as though it's almost becoming one with nature once again. 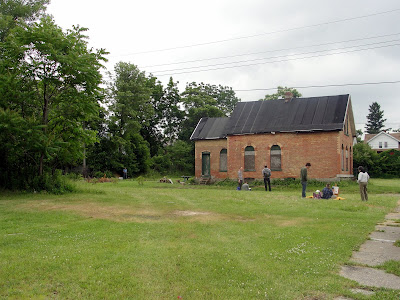 It's located on Harwood Place in the Hamlin Park neighborhood. The street itself was once the driveway for the main house at 183 Northland. Luke Easter, of baseball fame, lived in this house also at one time. 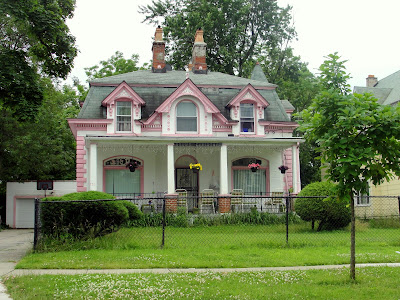 Stables were located in the middle area. The street itself was deeded to the City of Buffalo in 1866. 16 Harwood was most likely the maid's cottage, and another cottage nearby (now demolished) was probably also for the help. It's being refurbished with love now, and lots of work! 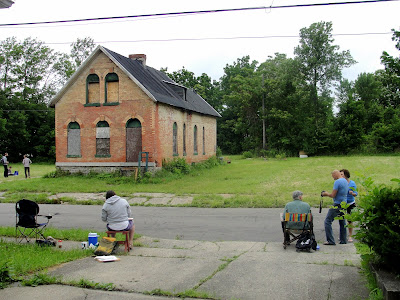 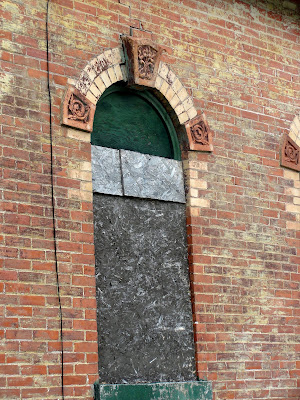 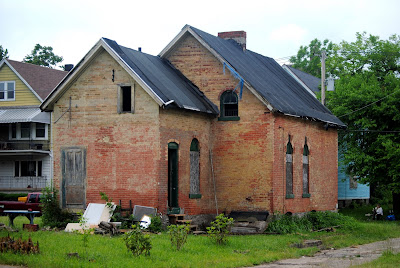 A former owner drove up to see what was going on, and a nice gentleman, who enjoys walking the neighborhood (and also checked out a previous event at an old hardware store), stopped by to chat. 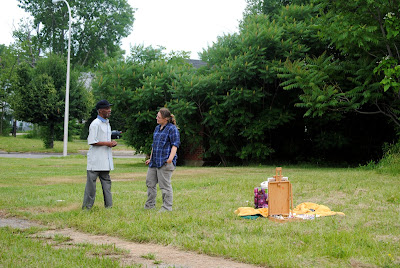 It seems he and his family once lived on the street right next to the remaining cottage. He is in total agreement that houses were built much better back then, and it's too bad they've been left to deteriorate. Being vacant, especially in winter, is hard on the housing stock.  The group has noticed that many times people will stop by and tell stories of back in the day, or else to find out about the building that they've walked by hundreds of times but never thought much about until now. Now they see it with new eyes.

FixBuffaloToday has done extensive research on the buildings, so I won't repeat it here. While you're at it, check out the update on Buffalo Rising regarding the new owner via the Homestead Program.