Clarence alumna ('71) Kathi Stewart Carnahan passed away recently after a short illness. Even though I had not seen her since high school, we kept in touch via Facebook.  Strength and comfort sent for her family and friends. A service will be held on January 16, 2016. From site of the funeral home: 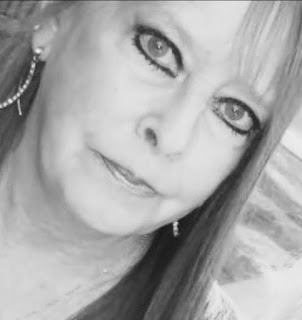 On September 9, 1995 in south Wales, NY she married Robert E. Carnahan, who survives. Kathi enjoyed spending time with her family and pets, relaxing outside on the back porch, playing board games and going on adventures and having heart to heart conversations with her daughter Kaylin.

Surviving are in addition to her is her daughter and best friend, Kaylin K. Carnahan and her significant other Archie Loughrey, both of Tionesta. Two step-daughters, Katie Arsenault and her husband Jacob of Florida; Nicole Wolins also of Florida. Six step-grandchildren. Special friend of the family, Chrischelle Wagner and her husband Bret, Nautica, Alanah and Kiarra …three special girls who she loved having sleep overs with.

In addition to her father she was preceded in death by a step-son, Timothy Carnahan.


There will be no public visitation. A celebration of Kathi’s life will be held on Saturday, January 16, 2016 at the Tionesta Alliance Church 1734 Colonel Drake Highway, Tionesta at 2pm with Pastor James Evilsizor, officiating. Memorial contributions may be directed to the family to assist with funeral expenses c/o Robert Carnahan 107 Highland St. Tionesta, PA 16353. Arrangements are under the direction of the Norman J. Wimer Funeral Home of Tionesta. Sign the online guestbook at www.wimerfuneralhome.com