Despite being self-sustaining, Bishop Kmiec has ordered the shutdown of St. Adalbert Basilica on Stanislaus Street.  The last day as a full time church is scheduled for this upcoming Sunday. The people strenuously objected, much to the dismay of those who prefer to believe that demographers and the bishop can do no wrong.  As fast as the signs went up, some people felt a need to tear them down.  Ha...missed one... 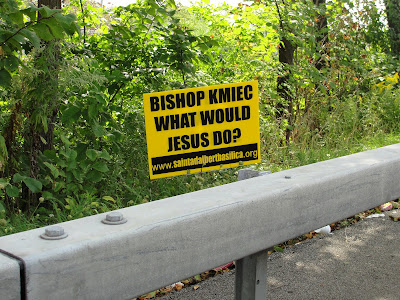 Painting for Preservation did its last Art-In to bring attention to the plight of the devastated parishioners, and as a show of support. You can read about it in the Buffalo News, as well as view a few pictures here. Note the scaffolding...the people haven't given up. 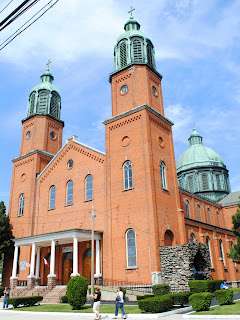 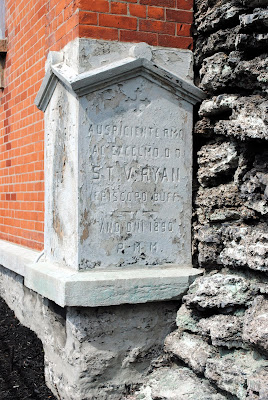 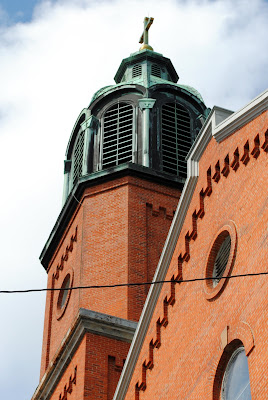 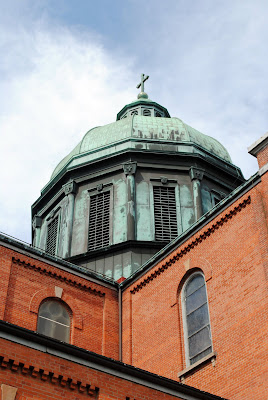 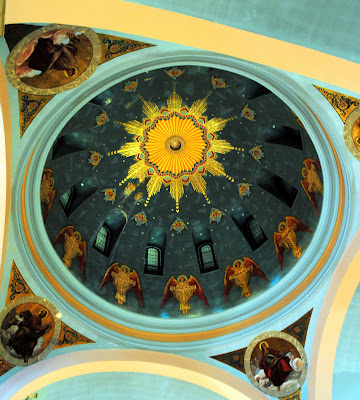 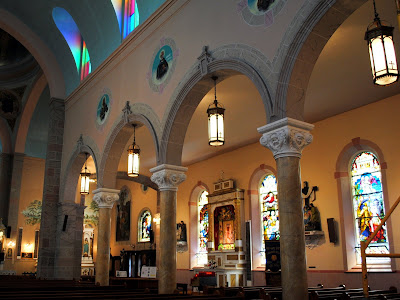 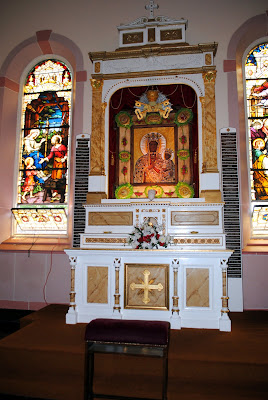 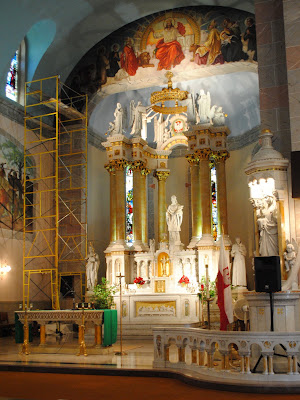 It was a beautiful day, and wonderful homemade food and music were provided by the parishioners for all to enjoy. The keyboard player also played the sax, and as I was wandering down a side street she let loose with a plaintive solo that just seemed fitting, echoing through the quiet neighborhood. 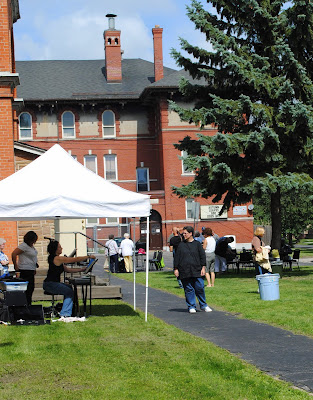 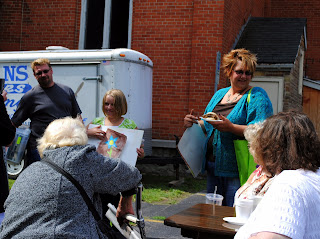 There is an Ethiopian Orthodox Church across the street, and a few streets over I spotted some new domes peeking up over the houses. Later on I went over to check it out... 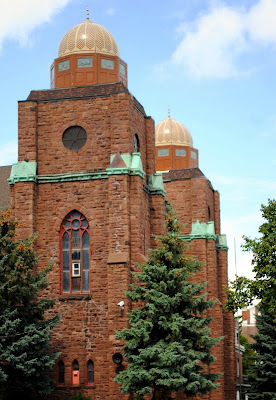 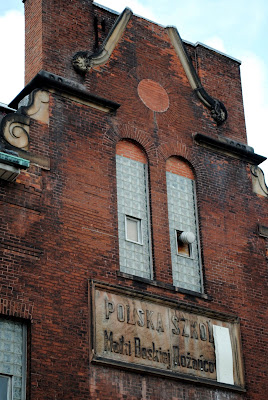 ...and did a little research once I got home. While the main church is now a mosque/school (other building appears unused), the Holy Mother of the Rosary Polish National Cathedral was built in conjunction with St. Adalbert...sort of...Seems that back in the day the parishioners got in a bit of a battle with each other, things got ugly. Then the Diocese tried to dictate the outcome...some things never change. From my favorite church history site (click on link to read the rest):


The seat of the Buffalo-Pittsburgh Diocese of the Polish National Church, former parishioners of St. Adalbert's Church on Stanislaus Street founded the church after a period of discord resulted in their departure. Throughout the early years of St.Adalbert's, constant turmoil existed among the immigrant congregation. Some of the members were at odds with the Catholic Diocese over who controlled the property and buildings which they had built and maintained through their contributions. On 27 July, 1895 after an extended period of violence and bloodshed, the church enlisted the assistance of police in having thediscontented parishioners removed from church property. After their dismissals, they banded together and purchased property on Sobieski Street. On 8 August, 1895 they celebrated their firstmass on the vacant lot.

After enduring throughout the years, St. Adalbert should be saved and savored, not merely somewhat preserved, to gradually fade away. The faithful should be rewarded, not shunted off to another parish. Multiple priests staff the moneyed...surely some could be spared where the need is greater....Save St. Adalbert Basilica!

Anyway, the Art-Ins are done for the season, however samples of the artistry produced will be on exhibit at the Statler Hotel during the National Preservation Conference.  Until next year... 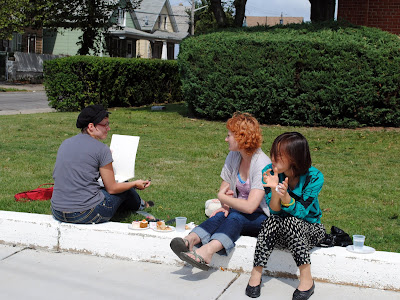 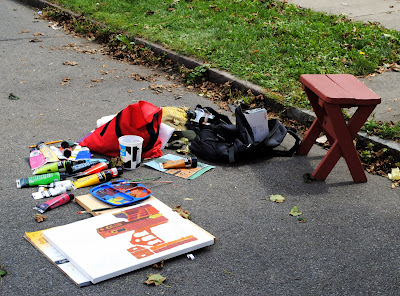 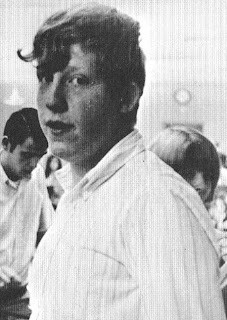 Peter Naples ('72) passed away last Sunday. I remember Pete, although the last mention of see of him via yearbooks is from our freshman year. Whether he went on to a different school or had different goals, I'm unclear, however I know he made an impression on everyone he met....and that's a good thing! Rest in peace, Pete.

|   Visit Guest Book
NAPLES - Peter J. Jr. September 4, 2011 at age 58, beloved son of the late Peter J. and Virginia (nee Curran) Naples, Sr.; dear brother of Daniel, Gregory (Joyce), Charles (Marina) and the late Marc and Nancy Ann Naples; cherished uncle of Darcy, Denise, Donna and Marc; also survived by one great-niece and one-great nephew. The family will be present on Friday from 4-8 PM at (Harris Hill Chapel) AMIGONE FUNERAL HOME, INC., 8440 Main St., where prayers will be offered on Saturday at 9:15 AM followed by a Mass of Christian Burial celebrated from Nativity of the Blessed Virgin Mary Church at 10 AM. Friends invited. In lieu of flowers, memorials may be made toNational Kidney Foundation . Share your condolences atwww.AMIGONE.com