Clarence alumna ('65) Lee Ann Steiner has passed away. From the Buffalo News:

Born in Buffalo, she was a graduate of Clarence High School and the Katharine Gibbs School in Boston, Mass. Miss Steiner began her career as an executive assistant at the real estate firm of Gurney, Becker & Bourne, then worked for more than 30 years at Myron M. Hunt Inc., where she was responsible for the management of the company’s retail developments in eastern New York, Vermont and New Hampshire. She retired in 2012. She enjoyed gardening, golf, boating and travel.

Survivors include her longtime companion, James Bourne, and a sister, Karyn Mulligan. A memorial service will be arranged.

STEINER - Lee Ann October 22, 2013, beloved long time companion of James A. Bourne; dear sister of Karyn Mulligan; aunt of Amy and Deborah Mulligan. If desired, donations may be made in Lee Ann's name to The Children's Guild Foundation, 726 Exchange St., Suite 1016, Buffalo, NY 14210-1485. A Memorial Service will be held at a later date. Arrangements by (Delaware Chapel) AMIGONE FUNERAL HOME, INC. Share your condolences at www.AMIGONE.com
Posted by Becky at 10:40 AM No comments:
Labels: Clarence High School Alumni, In Memoriam 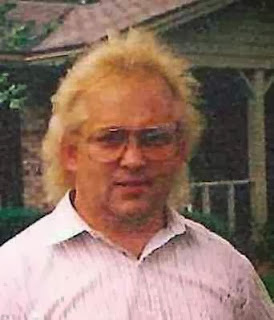 Gary retired from the United State Army serving as a Chief Warrant Officer 3, test pilot and served in the Gulf War.

Survivors include his father, Robert D. Schmitt of Pace, FL; his brother, Robert K. Schmitt; and his sister, Deborah (Raymond) McDonald of Texas.Graveside services will be Wednesday, October 23, 2013 at 11 AM at Barrancas National Cemetery with full military honors.National Cremation & Burial Society of Milton has been entrusted with the arrangements.

Express your condolences in our guestbook at pnj.com/obits

Norbert Buskey, a fondly remembered music teacher at Clarence High School, has passed away. From the website: 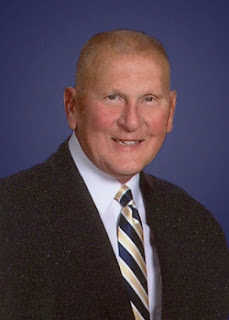 Norbert J. Buskey of Fayetteville, NY passed away Wednesday, October 23, 2013, at his home. Norm was born in Springville, NY on May 23, 1934 to Frank and Josephine Buskey who predeceased him in 1968 and 1993 respectively. His sister, Mary Buskey of Springville, NY in 2012 also predeceases him.

Norm will forever be remembered for his love of music. He received his Bachelors and Masters Degrees from Ithaca College in Music Education and completed 4 years towards his Doctorate of Musical Arts at Eastman School of Music where he also earned his Performance Certificate in Saxophone. He went on to work as a music educator and conductor at Clarence Central High School, North Colonie Central School District, Syracuse University and retired in 1999 after 18 years in the Fayetteville-Manlius Central School District.

As a music educator he worked tirelessly to achieve the highest standards for his students in musical performance. He was a guest conductor, adjudicator and clinician in rehearsal technique for wind ensemble/ concert band. His bands earned highest ratings for performance in state and national competitions. As an active member of the Fayetteville United Methodist Church, Norm served on various committees and was president of the Trustees of the Church for many years. He was instrumental in the planning and improvements of the church facilities.

For many years Norm could be seen running the streets of Fayetteville early in the morning training for one of eight marathons or other races that he participated in. Being in good physical shape was important to him throughout his life.

In retirement, Norm continued to teach private music lessons. He was an avid NY Yankees and Notre Dame football fan. He enjoyed working outside in the garden and other projects around the house. Traveling internationally with a group of friends for 16 years was special for him. Family was an important part of Norm’s life. He cared and loved each member of his family very much. In all aspects of his life, Norm was strong, courageous and positive.

Calling hours will be on Friday, November 8, 2013 from 2-4pm and 6-8pm at the Fayetteville United Methodist Church and a Memorial Service Celebrating the life of Norm will be held on Saturday, November 9, 2013 at 1pm also at the Church, 601 East Genesee Street, Fayetteville, NY 13066.