(originally published August 2009, I somehow put this back into "draft" status by mistake, and discovered that fact while looking for it for something else...will see if this now counts as "new"...one of my favorites, anyway)

When the historic Statler in Buffalo was put up for auction a few weeks ago I wandered over there to take a few pictures, thinking that this was the perfect opportunity. Wrong. Too many people and too many television cameras were in the immediate area. Then it occurred to me that the building was still open to the public and all I had to do was come back some other time. So I did. Twice.

The former Statler Hilton is located on McKinley Square near City Hall; it was built on the site of a former home of President Millard Fillmore. The view is here is from Franklin Street. 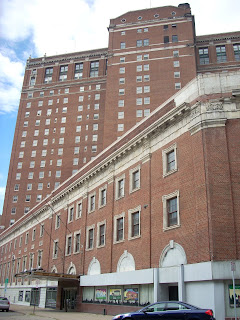 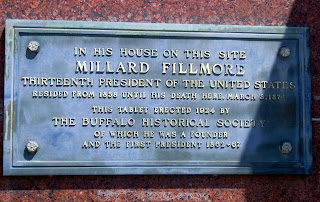 The doorway to the famed Golden Ballroom is to the left and up a few stairs when entering from Delaware Avenue. 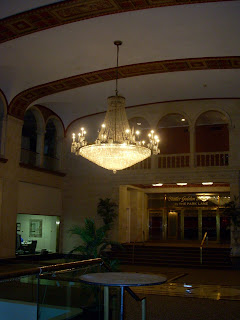 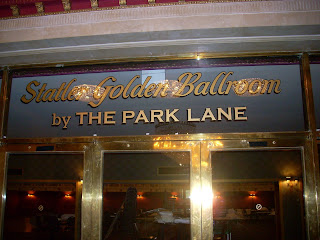 Bars at both ends beckon as soon as one walks inside. The present was immediately interspersed with the past, reminding me of the movie The Shining. 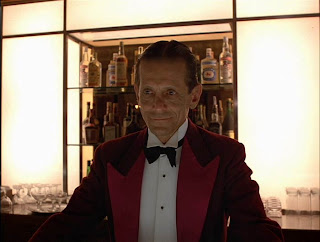 With only a point and shoot camera in hand, it was difficult to capture the essence of the ballroom and elsewhere since the chandeliers throw the lighting off. Upon leaving I saw that the doors were labeled "push", much like the signs today that everyone notices after they pull: 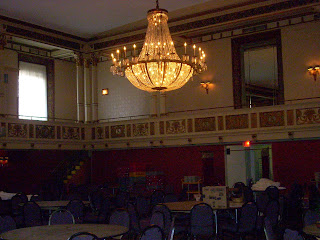 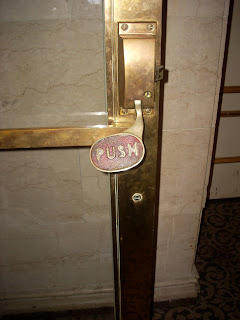 Across the way is the Terrace Room. Somehow I could just picture Jack Nicholson sitting at a table, busy typing his "novel".... 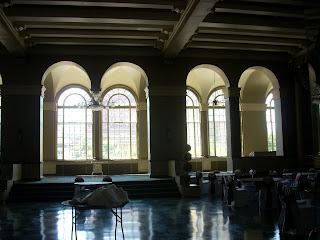 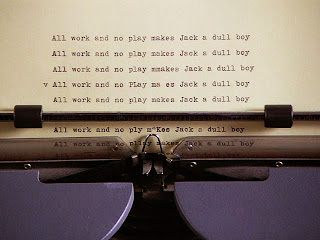 Then up the stairs to the mezzanine level, where work had been started in a large area. 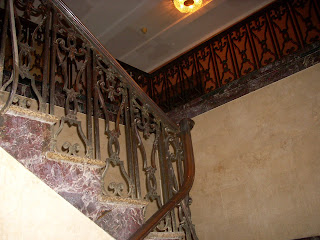 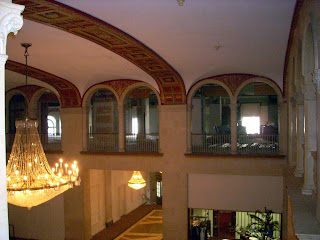 From there a stairway led to the 2nd floor. Totally deserted...or was it? 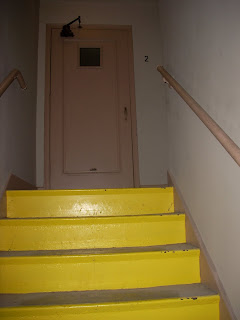 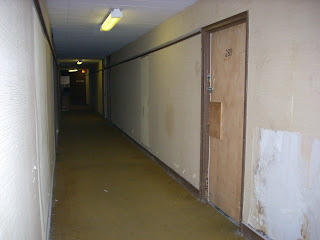 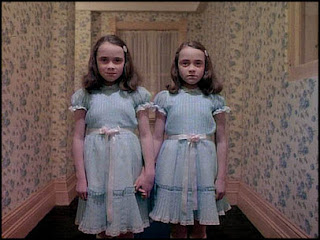 Even though there are many more floors on the Delaware side, I think I was in the lower section so I had topped out. Just as well. After the fact I thought about how hobos or anyone could have been roaming about. If anyone had come up behind me and said "boo" I would have totally freaked out.

Truthfully, I didn't get the feeling that it was haunted, but then again, I'm not a medium either. All I know is that I didn't get too far from the stairwell on the second, worrying that I would lose my bearings. I could just imagine getting lost in the many floors that raise above Delaware, and eventually turning up in an old time picture :) 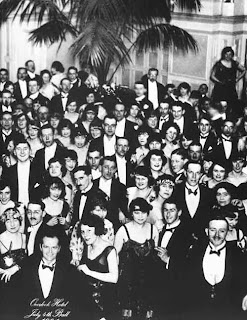