Clarence alumni ('72) Randy Capps passed away of natural causes on/about January 25, 2013. From the site of the funeral home, where you may go to leave condolences: Randy's express wishes were for no services, but that he be cremated and scattered on a ski slope...Somehow I can just visualize that...Randy skiing off into the ultimate unknown...Rest in peace... 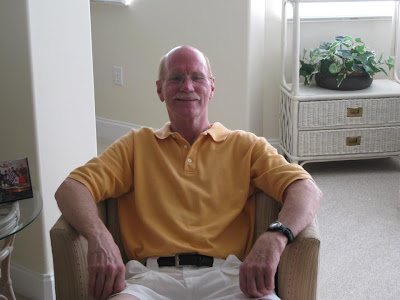 There was a valid reason why I took down the blog, at least in my opinion, but now there is a compelling reason for its return. People had said that one of the things that they would miss most is the notices of those who have passed, and I can understand that, and that is the reason for the revival, in a limited fashion.

You may or may not notice that a lot of stuff is missing, and that's by choice. I don't plan on writing at all, but that could change...sometimes I have need to dole out some eye roll moments! Pictures of places too, always have more of them!

One note: no pictures may be reused without permission (except for most RIPs, as most of that has been published elsewhere already...when in doubt, ask) ; some have been okayed for my use here, but not necessarily for other people, while most of the rest are my own.  Thank you for your consideration!
Posted by Becky at 1:43 PM No comments:

Clarence teacher Robert Vehar passed away December 31, 2012. Many are mourning his loss, but yet celebrating the memories of his time in their lives. From the Buffalo News:

Robert R. Vehar, a music teacher who developed and directed award-winning choruses at Clarence High School for 35 years, died Monday in Mercy Hospital after a short illness. He was 76.

In school and in private lessons, Mr. Vehar inspired and trained two generations of singers and teachers. He was the first voice teacher for several singers who went on to careers on Broadway, with the Metropolitan Opera and with major orchestras. Scores of others became teachers and conductors and sang with orchestra and church choirs.

He was a music teacher and choral director at Clarence High School from 1966 to 2001 and taught vocal music at Potsdam State College and Canisius College. He also gave seminars and instruction on improving speech and voice quality.

Born in Gowanda, he was a graduate of Gowanda High School. He earned a degree in music education from Ithaca College and a master’s degree in music from the Eastman School of Music in Rochester, which he attended on a full-tuition scholarship.

An avid organic gardener, he grew outstanding tomatoes and bumper crops of squash and parsley.

Surviving are his wife of 51 years, the former Persis Parshall, a composer and pianist; a son, Jonathan; and a daughter, Gabrielle.
Posted by Becky at 1:39 PM No comments:
Labels: Clarence Musicians, Clarence School Teachers, In Memoriam
Newer Posts Older Posts Home
Subscribe to: Posts (Atom)