Wordless Wednesday: Behind the History Museum 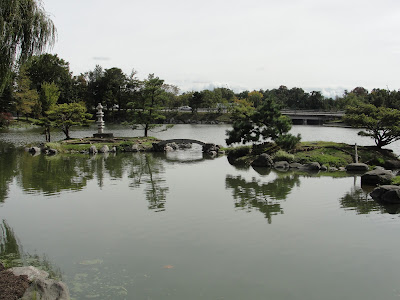 Posted by Becky at 7:35 AM No comments:
Labels: Nature

Of course I had to go and gawk at the Miller Mansion given the chance, and I had plenty of company.  In the beginning they were handing out numbers for serious buyers, but by day 3 everything big was pretty much gone, and the collections weren't exactly cheap.  However I did manage to score a free plastic chip with a picture of the mansion on one side and the name on the other on the style of a token with a bar's name and "get 1 free drink" on it.

The last day was still drawing people who just wanted to look see. I was in line next to some very friendly women, so time flew by. There was even a hot dog vendor set up, enticing people who didn't start out hungry. 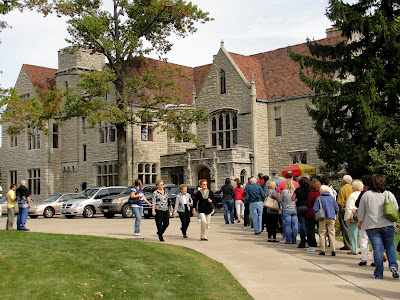 There are stone carvings everywhere - on the roof, around the doors (I'm wondering if that is/was a doorway to a chapel), under the windows, even hidden in nooks and crannies (detail pic is a closeup from under the window of pic above it)...I'm sure there is correct terminology for it, just don't know what it is :) 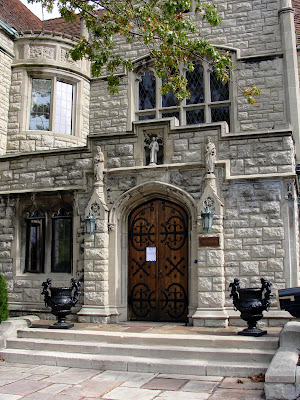 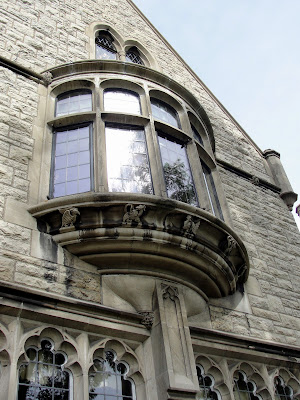 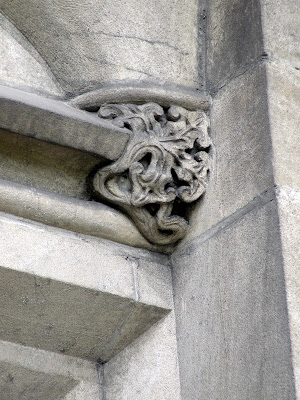 The fountain - can't forget the fountain...I definitely took advantage of being able to take some pix close up and not feel like I might resemble some kind of ne'er-do-well. 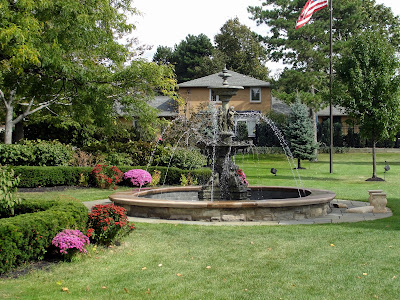 The inside was pretty nice.  Big. Only got a few pictures before I was told they weren't allowed.  Would have liked to have taken one of the staircase from the bottom, across the room, but it was not to be.  The staircase and window was my favorite anyway. 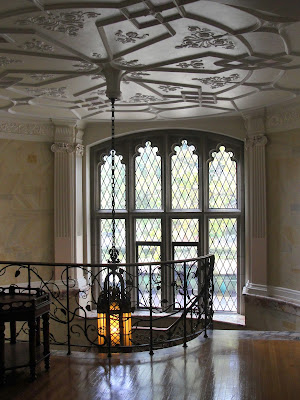 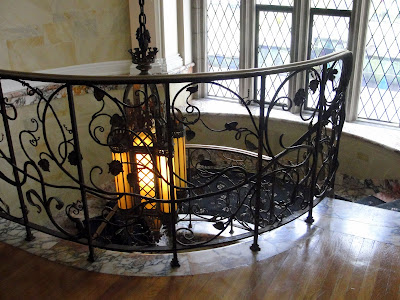 I was up on the sports room looking at a Kentucky Derby glass collection where a radio was playing, when the Bills scored one touchdown right before the half!  All of us got enthusiastic for a second until we remembered how much breakable stuff was around us.

I'm sure there's a detailed history of the mansion online somewhere, but for now that's it.  Glad I went! 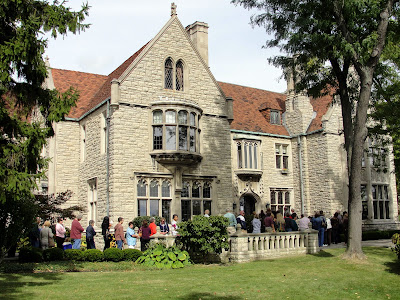