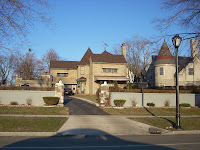 When discussing the homes in the Peace Bridge neighborhood the Peace Bridge Authority and its supporters frequently deride it, claiming that it's run down. That may be so - now - but the PBA itself is the main slumlord, having gleaned passive destruction techniques from viewing other neighborhoods overwhelmed by indifference. It is their buildings that are constantly highlighted when maligning the area, not the many treasures (for example, top photo).

So what came first - chicken or egg? Neglect or the PBA? From National Trust for Historic Preservation:


"While various Peace Bridge expansion plans have been proposed and debated for almost 20 years, the scale and destructiveness of this latest proposal is staggering. In order to increase the existing bridge plaza footprint from 14 to 38 acres and to accommodate a Duty Free shop, visitor's center and extensive network of new ramps and roadways, the plan calls for the demolition of more than 90 homes, including at least 9 National Register eligible properties; the elimination of streets; the clear cutting of trees; and, the permanent alteration of scenic lake views. Hundreds of residents would be displaced, several businesses would be relocated and dozens of historic buildings would be adversely affected through the loss of context and profound visual alterations."

In my opinion, the PBA has singlehandedly devalued a beautiful area, and has done so with malice. In writing this quickly I'm only going to link to one other article from one source, but there are many more out there. From Art Voice:


"(Al) Coppola emphatically tied to the enforcement of housing ordinances what he described as the authority’s irresponsible neglect of seven homes on Busti Avenue, near the bridge approaches, that were purchased 13 years ago. He brought photos of several of these, including the circa 1865 Col. S. H. Wilkenson house at 771 Busti, which has fallen into such a condition of disrepair that its survival is threatened, he told committee members.
Coppola drew members’ attention to a picture of the house at 730 Columbus Parkway, once home to Mariano Lucca, who lobbied the US Congress to designate Columbus Day a national holiday. Lucca’s son has been trying to sell the house for a couple of years but has been unable to because it’s within the area designated by the authority for demolition of all structures. Describing the authority’s stewardship of its currently owned properties as “devastating to the neighborhood,” Coppola asked committee members “If we’re going to enforce building codes, why should we exempt the Public Bridge Authority?” 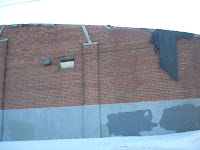 Interestingly enough, I think that the trashed out Peace Bridge Exposition Center (in a previous life), which is easily visible from the Niagara section of the Thruway, is no longer in a reconstruction zone. The PBA probably owns that too. (update: has been demolished)
Posted by Becky at 6:53 AM No comments:
Labels: City of Buffalo, Historic Preservation

One of the first books I read that involved the history of Buffalo, that caught my attention and kept it, was actually a work of fiction. City of Light by Lauren Belfer takes place in the setting of the Pan American Exposition in 1901 and radiates throughout the City of Buffalo. It was my first introduction to historical figures such as Mary Talbert and Louise Bethune, among many others.

I wanted to know more, but I know my attention span. It may be a form of heresy, but I really don't care about the architecture. What gives the buildings life, in my opinion, is the people that occupied them and the events that took place.

During the past year I have finally gotten around to reading a few books on varying aspects of the history of Buffalo. While I will look at books of photographs, I won't buy them, except for the one about Forest Lawn. It helps tracking down the monuments to know what they look like (and why the person was important).

In no particular order, here are Buffalo books I've read and recommend (via links to previous posts mostly):

City on the Edge by Mark Goldman - Covers the time from 1900 to present and explores the development of the culturals and and the growing pains of City government, including the ever present need to demolish and build something new (preferably funded by federal dollars). Goldman has written 2 other books that I know of, High Hopes and City on the Lake, but I started here. For some reason or other I never wrote about it (but I meant to!), so you'll have to make do with Amazon.

America's Crossroads by Michael Vogel, Edward Patton, and Michael Redding - Out of print / available only through the library or on someones bookshelf; I also did a preliminary writeup when I first learned about it.

Coming of Age in Buffalo by William Graebner

I Never Looked For My Mother by Joe Ritz

Hooded Knights on the Niagara by Shawn Lay


On deck, Shades of Justice by Paul Krehbiel (also available at the History Museum) - a coming of age memoir which takes place in Buffalo during the late 60's, early 70's.


This took longer than I thought, and I haven't even touched sports history, or the tons of books I haven't read yet. I probably forgot some too. Check out the Buffalo Historical Society bookstore, BuffaloBooks, any old bookstore, or even the library. Happy reading!
Posted by Becky at 11:40 AM 1 comment:
Labels: Books, City of Buffalo, History

Those of us who had Mrs. Bachmann for gym at Clarence Center Elementary remember her for her enthusiasm and dedication to bringing out our well hidden athletic abilities. Others recall her as dedicated to her children and their various pursuits in life. She was all that and more. RIP. 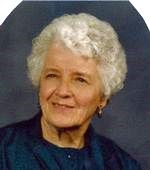 BACHMANN, Alice Elizabeth (nee: Thies), 89, of Otterbein-Lebanon, OH and formerly of Clarence NY died Wednesday March 25, 2009. Born November 13, 1919 in the Town of Pomfret, NY to Elmer and Amy (nee: Kerr) Thies, she was a graduate of Cortland State Teachers College in New York. She retired from Clarence Central Schools in New York after over 20 years as a physical education teacher. She was a member of Resurrection Lutheran Church in Lebanon OH and an active volunteer at Otterbein-Lebanon Retirement Community.

A memorial service will be held on Saturday, April 4th at 11am at the Resurrection Lutheran Church, 1270 N. Broadway St, Lebanon OH.